He woke up to a feeling of being touched. There was moonlight splayed everywhere, on the floor, furniture, bed and glowing pale on his feet. As he watched, it began to creep up his legs, slowly and imperceptibly. As though the moonlight was a sensuous lover caressing him softly, seductively.

It was when it began to spread up his body that he broke into a cold sweat. Then, as his consciousness began to fade, it occurred to him that the moon had been falling not rising and that thing outside that was shining on his face was not the moon.

It’s indeed the full moon today. And I’m loving watching it beam down at me, spreading its light over everything. And so how could I hlep but write a story about an almost-moon for Friday Fictioneers. Thank you Rochelle for the bringing us together and to Ted for the photo. 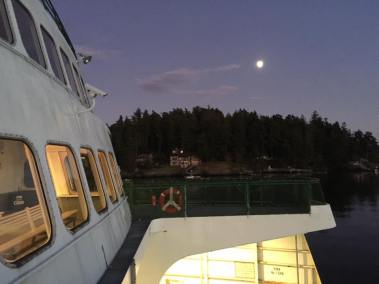